The Songs That People Sing

I got given a home burnt compilation not so long ago. This track was on it. I have no idea who the Vee Gees were/are. I know this came out in about 1974 and was on the Jump Off label. That’s it, the track has travelled down from some original source like a lost treasure.

Just listen to that groove, the guitars and the harmonies. It’s a little bit Philly. But it’s quite trippy, those layered harmonies and the almost bluesy guitars take it off in some other direction. Musically it almost reminds me of Orange Juice…And in the centre is a great vocal. Really rich and lush.

(anybody got any more information?)

I’m not sure if it’s my mum dying or impending fatherhood that’s done it; but at some point in the last six months my creativity died a death. I’ve been a musician for over twenty years, but I haven’t played a note in months. And it’s weird, part of me wants to play but another part really isn’t fussed. I did pick up my guitar the other week, but there was nothing there.

Writing has suffered too. Look at the blog entries prior to the middle of August; loads of them, but afterwards I’ve been lucky if I manage one a week. I’m so used to being a participant in the things I’m interested in that this is all something new. Being a passive audience member was never really my thing.

There’s a certain amount of fear involved too. I’m not sure I want to write about some of the things in my head. It’s not that I’m bottling anything up, I’m not, but I’m not sure I want any kind of record of how I’ve been feeling; unless it’s the good stuff of course!

It’s kind of locked me into certain listening patterns where music is concerned. For the most part my default setting now is soul and reggae. Yes, I know, that’s been a constant since I’ve been posting, but there’s been other things in there too. Not so much anymore.

It’s odd. It’s kind of like waking up and finding that your face has changed. I don’t quite feel like me anymore. God knows what the next few months are going to do to me!

Meanwhile the death of a computer and a new one with far more memory has led me to sit at the computer with piles of albums to load on. Which has led me to realise how many of the albums I bought in the 90s were dance albums. Underworld, Orbital, Basement Jaxx, Aphex Twin, the Chemical Brothers, Tricky, Sabres Of Paradise. I’ve had all of these on heavy rotation this week. I’d forgotten how much great music came out in the 90s. You see a lot of nostalgia for Brit-Pop and grunge and Take That. But far less for the dance scene. It really was an amazing scene, with so much talent and imagination. I was born too late for the 60s, was way too young for punk and was just a little too young to fully appreciate the early 80s scene. So when dance music took off in the late 80s I jumped on it and never really jumped off for most of the next decade.

The earlier tunes were a lot like 60s soul, perfect for compilations, not really great for whole albums. But the mid 90s left me with some of my favourite albums ever. Orbital’s Insides, Underworld’s Beaucoup Fish, The Chems‘ Dig Your Own Hole, Sabres Of Paradise Haunted Dancehall are absolutely fantastic albums, full of amazing tunes, lush layered textures. They sound amazing and hold so many memories that’s it’s frightening to believe how old some of them are…

Here’s the opening track from Underworld’s Beaucoup Fish, Cups. I love the opening string melody that seems to morph into something from Blade Runner. Then it’s shift down into a chunky minimal electric piano techno. It’s pretty damn laid back but throughout the first six minutes there’s an undercurrent of tension that builds up with some faster harder riffs getting louder in the mix until the breakdown, where those lovely big squelchy chords come in before the big percussion attack kicks in for the last couple of minutes.

Oh I love this song. I forget about it, and then I hear it and fall in love all over again. That lovely little riff, the groove and then The Voice. One of the best and most soulful performances of all time. There are people who think the 80s were plastic and soulless. And yes, there is 80s music that is just that. And then there’s this. Lovely.

You can find their albums here: GO BUY! 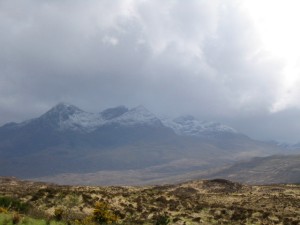 Ain’t No Mountain High Enough from Diana’s first solo album; easily the best song she ever recorded, probably my favourite Ashford and Simpson tune, and a better version than Marvin and Tammi’s in my opinion.

This is the full length album version which, from the beautiful string intro (I suspect this was playing in the studio somewhere when ABC were working on the Lexicon Of Love), to the huge testifying of the coda, is epic with a capital E.

And then there is that moment, the massive crescendo in the middle that for me the whole song revolves around. “I know, I know you must follow the sun where ever it leads” the track is just rising upwards behind Diana’s spoken part teasing you for the longest time, “just remember what I told you the day I set you free”…… And then BANG “Ain’t No Mountain High Enough” over those funky stop starts. I don’t think Diana ever sounded better or more soulful on the second half of this song, and the arrangement and playing (the fabulous Funk Brothers) is just superb.

It’s one of those Motown tunes that everybody knows, but it never ever sounds stale to me. It defines the word “Uplifting”. 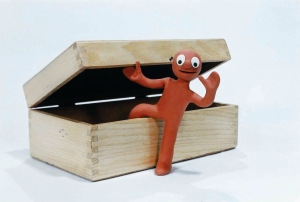 Ah. I had a little treasure trove of Motown for the first Sounds On Sunday of 2009 but I’m a little blown away by the news I’ve just read. Tony Hart has died aged 83.

Such a huge part of my childhood. I loved to draw and paint growing up; my life plan involved art. The first 20 years of my life was about the pencil and the blank piece of paper.

I never did make the Gallery, but never mind. Here’s to the big gallery in the sky.

The Isley Brothers – Behind A Painted Smile

Just been on a long weekend to Amsterdam with The Beautiful Wife. We took the Eurostar to Brussels and then a train from there to Amsterdam, because of The Bump. It was a beautiful journey between Brussels and Amsterdam, everything was covered in a layer of snow and the sun was setting.

Amsterdam is a lovely city. Thankfully the snow hadn’t fallen there, but it was frozen. The canals were iced over; on Saturday apparently thousands of Amsterdam residents were out on their skates.

Walked past the coffee shops and red light district. But didn’t inhale.

Actually the city is changing. It reminded me of Dublin when they decided that city was going to become more cultural, less of a stag destination. The red light district is shrinking in much the same way Soho disappeared and the coffee shops are going through a bit of a crisis. You see Amsterdam has a smoking ban, you can’t smoke tobacco in bars and cafes. So in the coffee shops you can smoke joints of pure weed, but not watered down with tobacco, because that’s bad for you….

Anyway, here’s one of the tunes I had on my iPod over the weekend. I’ve been digging out my Lee Perry lately and this tune always gets me dancing. This is the full 9 minute version, so watch out, the file is quite large…

People trying to sell me things. I don’t care if it is cheaper than what I’m paying elsewhere. If I want to pay less I will find a way to pay less myself. Not from somebody doorstepping me while I’m trying to unwind from a day at work.

How do some people get a job? I work with a lot of people, perfectly nice well educated people. But without a lick of common sense between them. And if I have to tell somebody the same thing three times in a row before it starts to sink in again I will murder that somebody.

And then there’s this other thing. There are people in the world who, I think, believe me to be a bit of a worrier. I’m not, I just like occasionally to dot the i’s and cross the t’s before I sit back and say “sod it, que sera”. It’s born a little of experience, flying by the seat of your pants can sometimes leave you in mid air with your arse on show.

But I tell you this, I try not to say it, we’ll skirt around it, but it’s sitting there like some bloody great shining mountain in the middle of us. I Told You So. If you climb to the top of it you’ll see a flag with my face on it. You didn’t listen and look where it’s got you. In a bloody mess up to your armpits. Which could have been avoided. Oh yes it could.

I gave up smoking a month ago. I don’t miss it that much. Honestly.

Meanwhile in my head it’s 1966 and I’ve got not a care in the world and this is the soundtrack: